Green Party Minister for Conservation Eugenie Sage has failed to take an opportunity to further protect one of the most pristine places on earth, National’s Conservation spokesperson Jacqui Dean says.

“The subantarctic islands marine reserves were established by National back in 2014 to safeguard this ecological paradise that’s home to some of the planet’s rarest and most fascinating bird species and marine animals.

“An independent review recommendation to Conservation Minister Eugenie Sage that the reserve now be extended around Campbell Island, has been rejected. This decision shows the coalition government can talk a good talk but can’t deliver meaningful conservation outcomes.

“The Green Party wanted 100 percent of the territorial sea around the island group to be protected, but despite being in the corridors of power for the past three years, has failed to build on the work done by National.

“New Zealand can be at the forefront of international work around responsible oceans management, but only under a National government.” 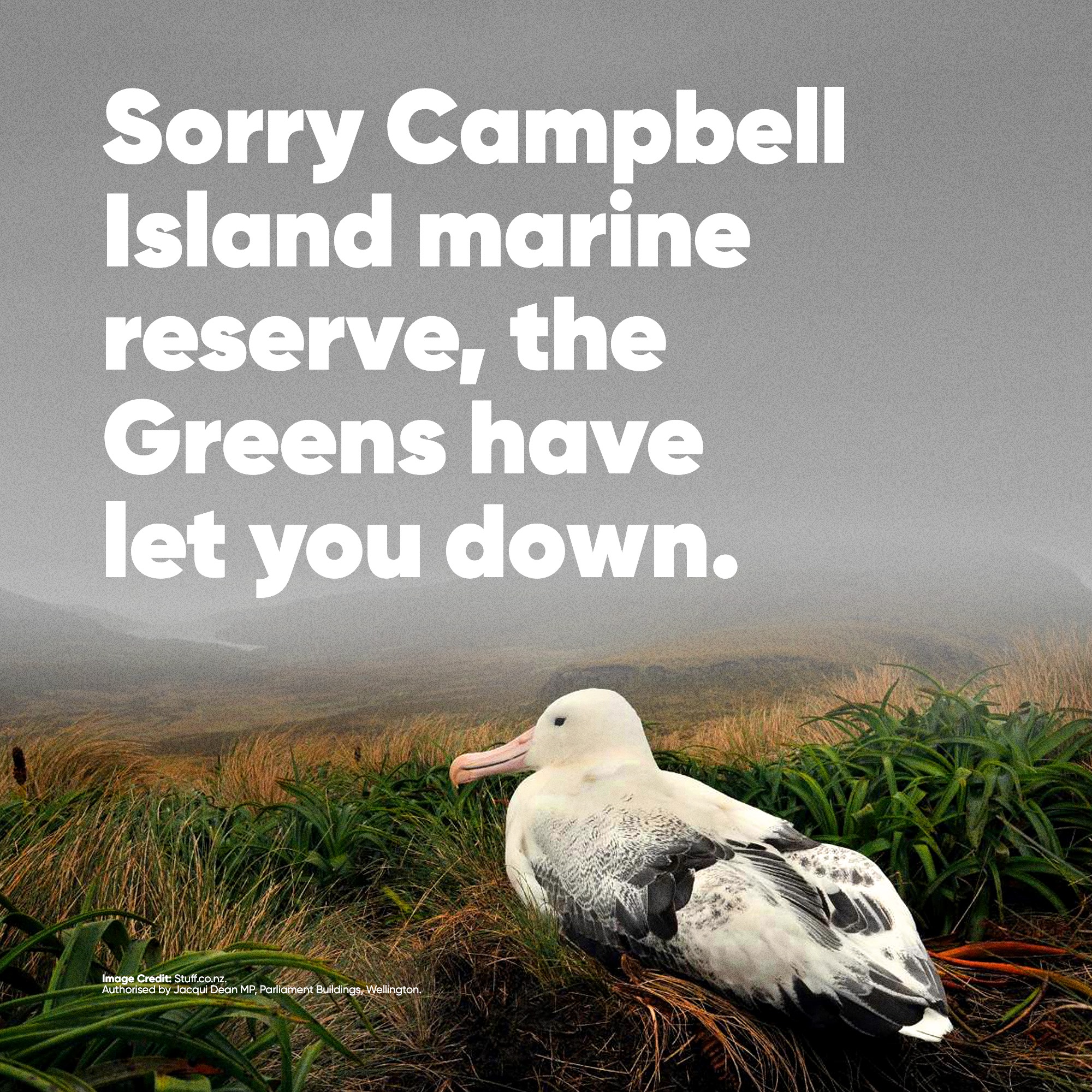